The Economy and the New PM

The political fortunes of a government fighting a post-recession election depend in no small way on the ability of a leader to empathise with a sufficient number of voters in their target voter pool.

Labour currently enjoys its largest advantage over the Conservatives on issues that require an empathy or some understanding of the financial pressures that they are living with. 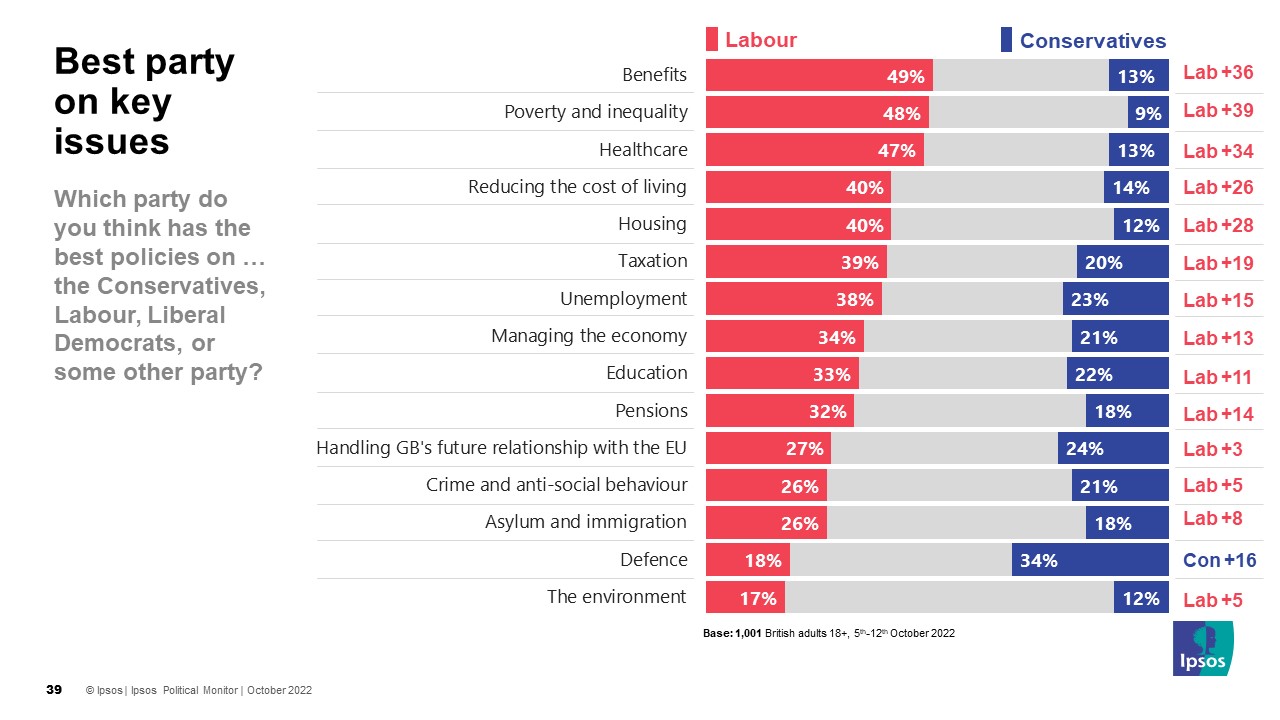 When looking for parallels for Rishi Sunak with previous Prime Ministers facing recessions, it is tempting to see Sunak as analogous with Alec Douglas Home. When he became Prime Minister in 1963 the newspapers wrote about an Old Etonian “magic circle” which had contrived to make him Prime Minister without anyone voting for him. He was generally regarded as a second choice Prime Minister – a creature of the elites. Indeed, he was the first Prime Minister in decades to come from the House of Lords, and the last one to have ever done so.

Although the new Prime Minister renounced his title and became plain Rt Hon. Alec Douglas Home, Labour under Harold Wilson capitalised on his seemingly anti-democratic route to office. They often referred to him in the Commons as the “Fourteenth Earl” and questioned how such a privileged establishment figure could lead the economic modernisation that the UK undoubtedly needed. Labour toned down their attacks, but the frame was set, and Home struggled to relate to voters throughout the 1964 election.

Sunak is not Home, and it isn’t predetermined that he will suffer the same fate. Sunak is not an aristocrat, but the Winchester school boy – a billionaire through marriage, with a net worth reportedly double that of our new King – may struggle with an everyman appeal. That was one of the primary drivers behind Conservative MPs’ reticence about Sunak during his contest against Liz Truss. So just like Home, he has faced disquiet about the manner of his accession. But will Sunak’s own background be a hinderance as he tries to manage the politics of a recession? Being wealthy has never been a guarantee that a politician only cares for those with wealth. That great liberal reformer Beveridge or the author of tax redistribution Gordon Brown were certainly materially comfortable.

But back in 1964, Labour backed away from the narrative about Home’s background after the Conservatives alleged that their approach was an example of Labour’s obsession with “Marxist class consciousness”. And today, similar Labour attacks aren’t without jeopardy. Talking about Mr Sunak’s swimming pool might separate him from voters, but when Labour is trying to reassure voters that they have moved on from Corbyn’s hard-left leadership, such rhetoric risks boomeranging against their own one-nation brand.

Another reason why Labour’s leadership are unlikely to run a concerted campaign on Sunak being the heir to Home is that unlike Home, his privilege definitely doesn’t reach back fourteen generations. The new Prime Minister’s family experience is one of East African Indian immigrants prospering after travelling thousands of miles to come to our country. Labour knows that within any narrative about privilege is a family back-story which speaks of ambition, hard work and success. 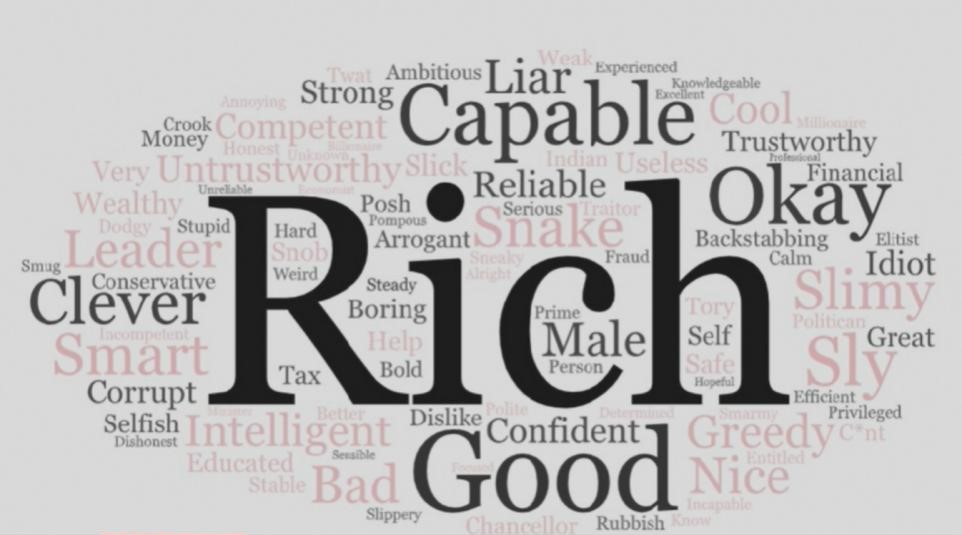 It may feel like a strange thing to suggest but it’s probably already too late to change public perceptions of Rishi Sunak. Opinions have probably been set hard in his first few weeks in office. Looking at those other words in the cloud suggest that, unlike his short-lived successor, voters credit Sunak’s competence, in part because of the furlough schemes he initiated. Chaos under Truss saw a collapse in poll ratings, but an image of competence comes with a cost too.

Polling suggests voters’ opinion of his time as Chancellor has improved as voters have experienced the recent economic crisis. Sunak’s two-year stewardship of the Treasury might not quite be the good old days, but they’re certainly considered as preferrable to the weeks that Zahawi or the days that Kwarteng occupied that office. As many voters think Sunak is competent as thought Truss was incompetent. But therein lies the political challenge. If voters feel unfairly treated by Austerity 2.0, they may punish Sunak more punitively precisely because they have higher expectations of him.

Polls suggest that Britons believed that Mrs Thatcher was the most competent of our PMs of the past forty years and Blair the most popular. Polls also now suggest that two thirds of us have already concluded that Sunak is out of touch with everyday experiences. However, he does have one great advantage over Keir Starmer in seeking to reset opinions: the power of Downing Street incumbency to shape public opinion. And herein lies Sunak’s greatest political challenge as he seeks to reduce the size of the State.

It’s not perceptions of his current wealth that may scuttle his premiership but rather experiences of his future policy choices. 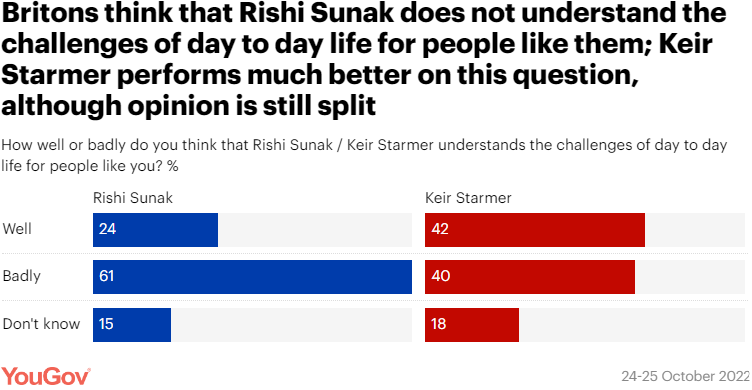 Rishi Sunak will never be able to convince sufficient numbers of voters that he feels their economic pain. Instead, he should focus on proving to them that he has a plan to alleviate it, before he asks for their vote.

Supporting Companies, Governments, and Candidates internationally to achieve their priorities.