There’s much to be hopeful about in 2022: a renewed focus on climate mitigation, wider access to vaccines in poorer nations and the democratisation of public services driven by tech innovation. There are also considerable challenges.

In the face of continuing geopolitical tension, the ‘Five Eyes’ alliance of democratic intelligence services are likely to be regularly called into action in 2022. But the Arden team argues that it is a different six “I’s” that may shape the third year of the pandemic – Infection, Incumbency, International competition, Inflation, Independence, and Identity.

The contest in the developed world won’t be for vaccines but for arms to inject them into. Vaccines will become ever more ubiquitous and adaptable (freeze dried, patches, pills and much else).

But in democracies what will governments’ responses be to vaccine-refuseniks in the public realm? So far, vaccines or boosters have had proven efficacy against each of Covid’s variants.  But with other potentially more deadly variants possible in unvaccinated populations including some in health and social care, how are governments to react? Ever more interventionist/illiberal laws and guidance will be considered by governments.

But in a world of rampant conspiracy theories carried on social platforms there’s likely to be multiple anti-establishment populist responses in many democracies. 2022 is likely to be the year with the most organic conspiracy driven misuse of data in human history. We will all need strong institutions, robust fact-checking and resilient personal judgement more than ever.

Incumbent challenged by his own Insurgents

Two years ago, many Conservative MPs reassured themselves that Downing Street would change Boris Johnson. And while that is hardly the sentiment that should propel any aspiring candidate into Number 10, it has the additional downside of being glaringly and knowingly wrong. Instead of being changed by the office he holds, Boris Johnson has instead created a Downing Street as an avatar of his own image.

In this environment, the Conservative parliamentary party will tolerate Boris Johnson – until they don’t. They value him as a vote winner – until he isn’t. Then, and not a moment later, enough of his would-be successors will coalesce against him. Counter-intuitively, it may strengthen the PM if it appears that there will be a coronation rather than a contest to succeed him. In that scenario each of the alternative candidates would rather delay a contest than precipitate a coronation. The PM is weakened by having so many members of his Cabinet believing they have a credible path to the top job. Let’s see what the local elections in May bring. 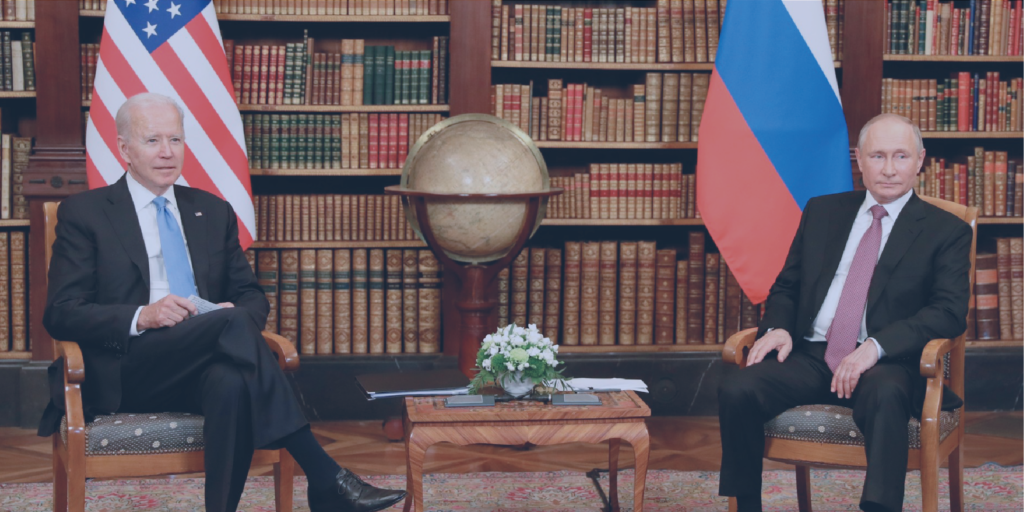 While it may not feel much like it, a golden two years in US politics is likely to come to a close. Biden’s domestic ability to get things done is running out of road.

And November’s mid-term elections may weaken Biden but also promise to be disruptive beyond the US. Internationally Biden may seek to make the tension between authoritarian and democratic government an updated version of the American-lead fight against communism. This effort on the world-stage will be undermined by the authoritarian drift within the RNC, most obviously in continuing voter suppression and courting the return of Trump.

For a decade or more Putin continued to masquerade as a strongman at the head of a weakened economy. His recent crack-down on opponents and the spike in fossil fuel pricing has undoubtedly strengthened him. Putin’s recklessness on Ukraine is a further illustration of a geopolitical vulnerability not an invincibility.

And in Beijing a dominant Xi Jinping will continue to focus on his philosophy of ‘442’ (h/t Charlie Parton). This 442 isn’t a reference to a now undervalued football formation but instead refers to perhaps the most important part of the Chinese Communist Party’s catechism. (‘four consciousnesses, four confidences, two safeguards’). Since September 2018 it has appeared in all major documents. Of this creed, the most important are the ‘two safeguards’ of the two cores (if party central is the core, Xi is the core of the core).

For corporate Britain, 2022’s geopolitics will be disruptive. It may come in the shape of turbulent energy market fluctuation or being encouraged to take sides in an increasingly intense US/China power competition.

Inflation – a challenge for Labour

The government’s economic record is vulnerable. We are living with the lowest income growth on record, fastest increase in inflation, and the highest tax burden since 1950s. Almost 80% of current UK inflation is energy price driven, a challenge set to grow with the expected uplift in the retail energy market price-cap by Ofgem. Rising interest rates will be a challenge for a minority of homeowners, after all fewer than 1 in 10 UK homeowners have a tracker or flexible mortgage that will be immediately affected by base rate rises.

The challenge for Labour in recent years is that the party hasn’t been trusted on the economy.  The current choppiness may strengthen Labour’s appeal, but that’s far from certain. For Labour to win votes on cost of living it needs to win a different argument. After all, if Labour alleging a cost-of-living crisis was a sufficient electoral strategy then the party would currently be enjoying their third successive victory instead of their fourth straight defeat.

For Labour to be the beneficiaries of the debate on cost of living from a sceptical electorate, the party must win an argument about the recent past and a medium-term future, while remaining the optimists. Labour learned this after its fourth defeat in 1992. Can it do so again after an equivalent uninterrupted losing streak?

There won’t be an independence referendum in 2022 but are we locked into a neverendum? Neither Boris Johnson nor Nicola Sturgeon want a Scottish independence referendum in 2022. Sturgeon isn’t confident of winning and would be removed by her party after another defeat. And Johnson may celebrate leaving the continental union but wouldn’t survive the break in our island union.

But both leaders want to keep the issue alive throughout 2022. The First Minister is not currently in full control of her party despite being initially strengthened by the Alex Salmond breakaway. While she doesn’t want an immediate-term vote, she does need to prove to a restless party that they are making progress towards a second referendum. She is conservative/incrementalist by nature and won’t want to trample on the EU’s red-line of entertaining a Catalonia-style illegal plebiscite. For Johnson, the continuing jeopardy of independence serves multiple purposes: in England his party can continue to re-risk the idea of the SNP holding the balance of power at Westminster. In Scotland, its two governments at loggerheads over constitutional identity may continue to hamstring Scottish Labour’s recovery.

Interestingly, if Starmer continues to lead Johnson in the British polls that may blunt the SNP’s assertion that independence is the only route to a social democratic Scotland.

Identity will be Weaponised

2022 promises to be another year of an unnecessary ‘war on woke’. Continued uncertainty in the Conservative party and Spring’s local elections will see some in government trying to weaponise ‘woke’.

For the identarians, borders and sovereignty have replaced economics and competence as their currency.

A pointless culture war will hit BBC, our great museums, teachers and schools, and corporate Britain. Expect to see this play out in the debate on who should succeed Laura Kuenssberg as the BBC’s political editor. Tension is likely between allegedly ‘woke’ corporate Britain, and elements of the media and parts of government who are in search of an easy enemy.  And expect to see efforts by some in politics to leverage climate change targets into this debate by caricaturing them as being peddled by an out of touch elite.

And while a concern about immigration doesn’t make someone a racist any more than supporting a more open system makes one a proponent of unfettered free movement, we can expect to see ever more focus on immigration. More than half of 2019 Tory voters believe that the UK is currently locked into the wrong policy on immigration. And for the avoidance of doubt, they don’t believe that the current policy isn’t sufficiently liberal.

Supporting Companies, Governments, and Candidates internationally to achieve their priorities.